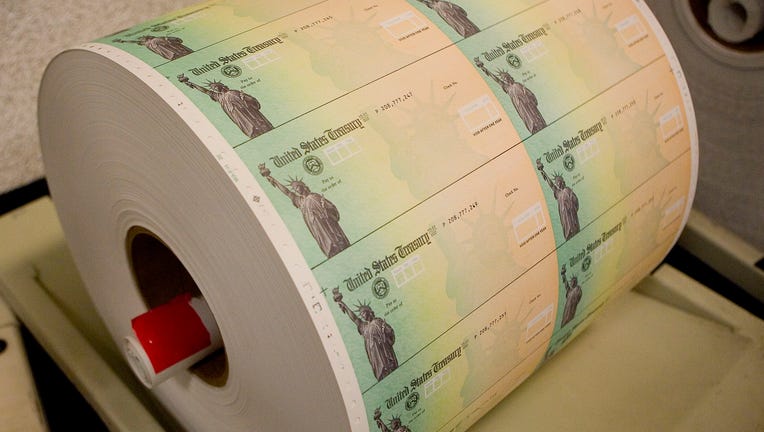 A growing number of Democrats are calling on President Biden to send recurring stimulus checks for low-income Americans as part of his sweeping infrastructure package, arguing the cash payments are necessary until the U.S. economy fully recovers from the pandemic.

In a Tuesday letter addressed to the president, 21 senators ‒ led by Ron Wyden of Oregon ‒ asked the administration to automatically extend unemployment insurance benefits and send recurring direct checks that would be tied to certain economic conditions.

Text of the letter first emerged at the beginning of March, but the lawmakers waited until they had received additional support to officially send it to the White House. In the span of one month, the coalition secured the backing of another 11 Democrats, including Sen. Majority Whip Dick Durbin and moderates like Sens. Debbie Stabenow, D-Mich., Gary Peters, D-Mich., and Jack Reed, D-R.I.

"This crisis is far from over, and families deserve certainty that they can put food on the table and keep a roof over their heads," the lawmakers wrote. "Families should not be at the mercy of constantly-shifting legislative timelines and ad hoc solutions."

The senators did not mention many specifics, including the size and frequency of the payments, the income eligibility level for recipients or the economic conditions that would cause the federal government to cut off the money.

The expanded financial assistance would be part of Biden's "Build Back Better" plan, a wide-ranging plan that aims to make massive investments in infrastructure, revive domestic manufacturing and combat climate change, among other issues.

Biden is planning to unveil details of the first part of the package on Wednesday in Pittsburgh, including how he intends to pay for it. The measure could include as much as $3 trillion in new taxes and $4 trillion in new spending.

The senators are pairing their request with a grassroots push from the left-leaning Progressive Change Institute and Economic Security Project, which is calling on other lawmakers to sign the proposal.

"These 21 senators have joined the overwhelming majority of the American people in calling for more checks," Greg Nasif, a spokesperson with Humanity Forward, said in a statement to FOX Business. "This is about more than giving families the support they need. This is about protecting our economy and securing an equitable future."

The federal government has already sent three stimulus checks as part of its coronavirus relief effort, including payments worth up to $1,200 and $600 under the Trump administration, and the latest round worth as much as $1,400.

Congress has approved close to $6 trillion in relief spending, putting the nation's debt on track to hit a record-shattering $30 trillion this year.