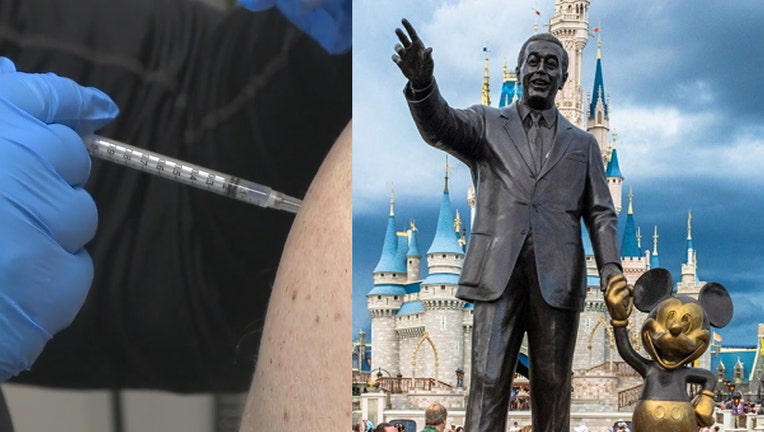 The theme park company confirmed to FOX 35 on Wednesday that they are assisting local and state health departments in vaccine efforts.

They said that Osceola County, which part of the Walt Disney World Resort is located in, asked them for help.

"Our Health Services team administers other vaccines to Cast and has the expertise and infrastructure in place to aid in this effort so we gladly agreed," Walt Disney World said.

"Sending a big thanks to our amazing Walt Disney World Health Services team as they provide Cast with another option to receive a COVID-19 vaccination," he wrote. "We are so pleased to help Central Florida in its continued fight to beat the virus!"

A union that represents many employees at Walt Disney World, Local 362, recently announced that employees will get paid for getting the COVID-19 vaccine.

They said to qualify, your vaccination must be complete, meaning you received a single-dose of the Johnson & Johnson vaccine or both doses of the Pfizer or Moderna vaccine. It also must be done between January 1st and September 30th.

MORE NEWS: 'I paid $15,000': Man arrested at Disney after refusing to be temperature screened, deputies say

"Cast members are expected to notify their leader as soon as the appointment is scheduled but no later than before the start of their scheduled shift," Local 362 said.