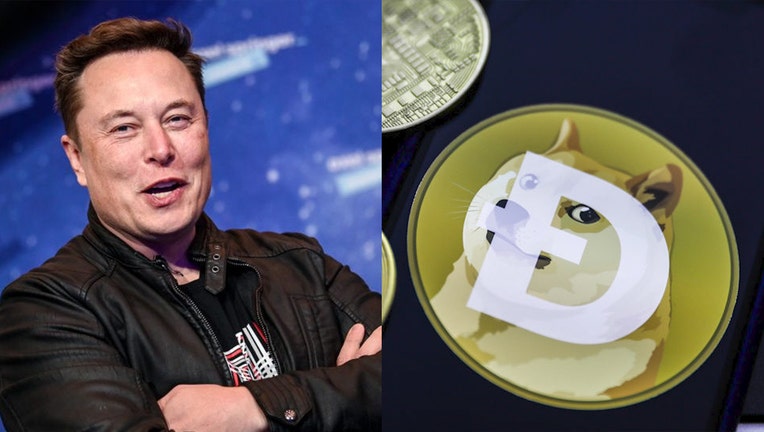 Those hoping to cash in on Dogecoin in connection with Elon Musk’s "Saturday Night Live" hosting gig this weekend got a big setback.

As of Sunday morning, the price of the cryptocurrency – touted by Musk and NBA team owner Mark Cuban, among others – was down around 31% in the last 24 hours, according to Coin Desk.

Dogecoin initially dropped following a mention during Musk’s "SNL" opening monologue, according to Darren Rovell, a reporter for Action Network.

"I'm excited for my Mother’s Day gift," Musk’s mother, who appeared with him on the show, said. "I just hope it’s not Dogecoin."

Later on "SNL," Musk joked about Dogecoin during the show's "Weekend Update" segment.

Benjamin Freed, technology editor with StateScoop, seemed amused by the currency's ups and downs before, during and after Musk's appearance on the show.

"All you need to know about the state of the U.S. economy," Freed wrote on Twitter, "is that for 90 minutes one night in May 2021, the value of a fake currency based on a dumb dog meme was susceptible to the whims of the Saturday Night Live writers' room."

During the week, as he helped NBC hype up his "SNL" appearance, Musk referred to himself as "The Dogefather" in a Twitter message.