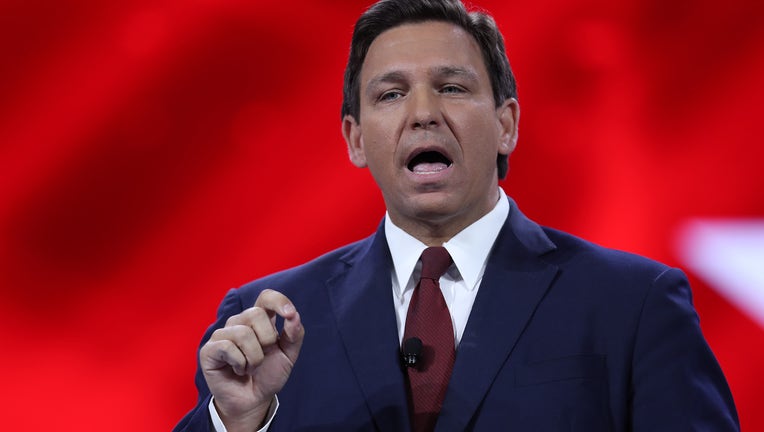 ORLANDO, FLORIDA - FEBRUARY 26: Florida Gov. Ron DeSantis speaks at the opening of the Conservative Political Action Conference at the Hyatt Regency on February 26, 2021 in Orlando, Florida. Begun in 1974, CPAC brings together conservative organizati

ORLANDO, Fla. - DeSantis 2024? Outside of Trump, the Florida Governor has support, a straw poll held at CPAC shows.

CPAC also took a poll without Trump and DeSantis won with 43% of the vote, followed by South Dakota Gov. Kristi Noem with 11% and Donald Trump Jr. at 8%.

Governor DeSantis spoke at the conference on Friday, boasting that Florida was an "oasis of freedom" compared to other states with more COVID-19 restrictions.

"We look around in other parts of our country, and in far too many places, we see schools closed, businesses shuttered and lives destroyed. And while so many governors over the last year kept locking people down, Florida lifted people up," he said.

Gov. DeSantis spoke to attendees at CPAC in Orlando on Friday.

RELATED: 'We are going to win': Trump delivers keynote address at CPAC

The straw poll is not a scientific poll. CPAC sold itself as a pro-Trump gathering ahead of time so it is likely that the self-selected crowd is more pro-Trump than the Republican Party at large. There was even a golden statue, which many compared to an idol, of the former president.

American Conservative Union President Matt Schlapp also said in an interview with Fox News last week that any Republicans wanting to win the 2024 GOP nomination would need to be closely aligned with Trump.

Notably, 95% of those who responded to the CPAC straw poll said that the GOP should continue with the Trump agenda. Only 3% said it should change direction.