The rocket booster that will help send Americans back to the moon has arrived in Florida.

CAPE CANAVERAL, Fla. - The rocket booster that will help send Americans back to the moon has arrived in Florida.

NASA's SLS core stage rocket is at the Kennedy Space Center and slowly being moved into the Vehicle Assembly Building for stacking.

"Once inside, the massive rocket stage will be integrated with @NASA_Orion and additional flight hardware ahead of the #Artemis I launch," NASA tweeted.

It arrived on a Pegasus barge on Tuesday from a space center in Mississippi. The rocket is being prepared for the Artemis missions.

"After being inspected by NASA and our team at arrival, @NASA_SLS Core Stage 1 is moving to the Vehicle Assembly Building," Boeing Space tweeted. "Today, it will travel at approximately 60 feet per minute. On the #Artemis I trip to the Moon, the rocket is built to hit Mach 23!"

"We know this funding increase comes at a time of constrained resources, and we owe it to the president and the American people to be good and responsible stewards of every tax dollar invested in NASA," Acting NASA Administrator Steve Jurczyk said. "The NASA workforce and the American people should be encouraged by what they see in this funding request. It is an investment in our future, and it shows confidence in what this agency has to offer." 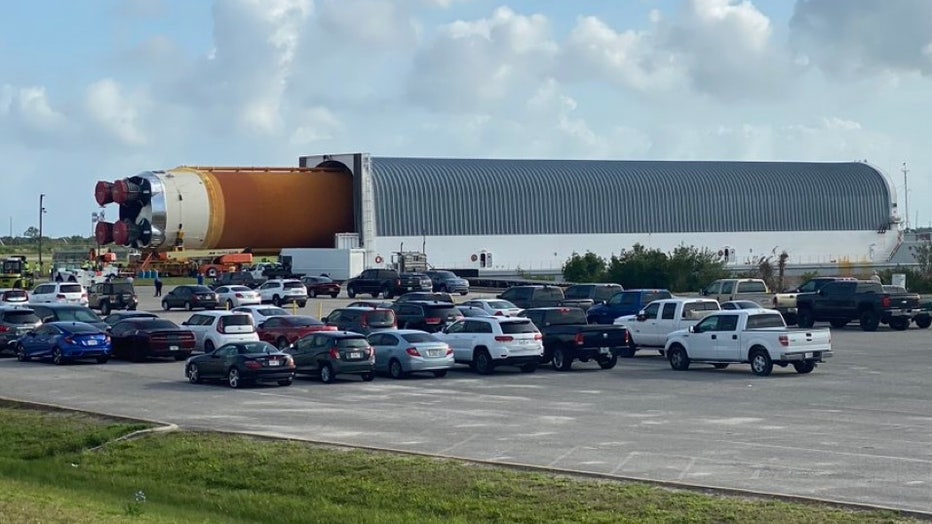 Only 12 people have ever stepped foot on the moon – all Americans and all men. But the most recent landing came almost 50 years ago. Apollo 17, the final mission of NASA’s Apollo program, took place in 1972.

When NASA announced the Artemis program under President Trump in 2019, the space agency pledged to land the "first woman and next man" on the lunar surface within five years.

After that, the next goal is sending astronauts to Mars.