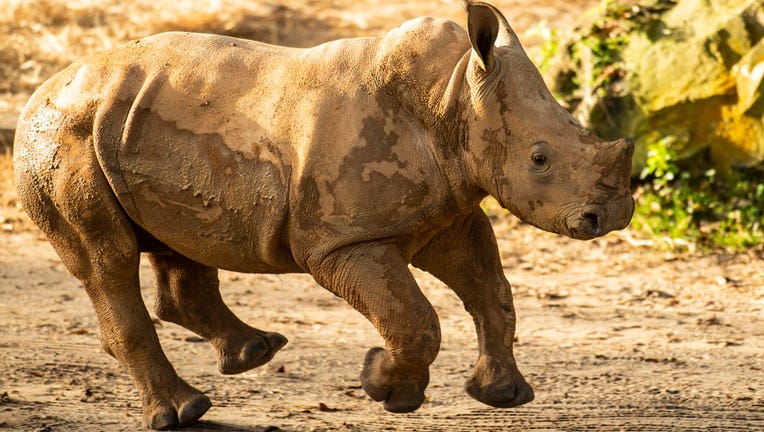 ORLANDO, Fla. - Ranger has joined the other rhinos at Disney’s Animal Kingdom.

DisneyParks Blog said on Wednesday that four-month-old white rhino calf Ranger has made his debut at Kilimanjaro Safaris at Disney’s Animal Kingdom.

He has joined his mom Kendi and several others at the theme park.

"Ranger was eager to explore his new environment with his head high and ears up – plunging right into the mud alongside Kendi for a good wallow before running around to see all the new savanna sights," Disney said. "This rambunctious rhino calf made fast friends with his 'aunties' Lola and Jao, and mom Kendi kept close by to make sure Ranger stayed out of trouble." 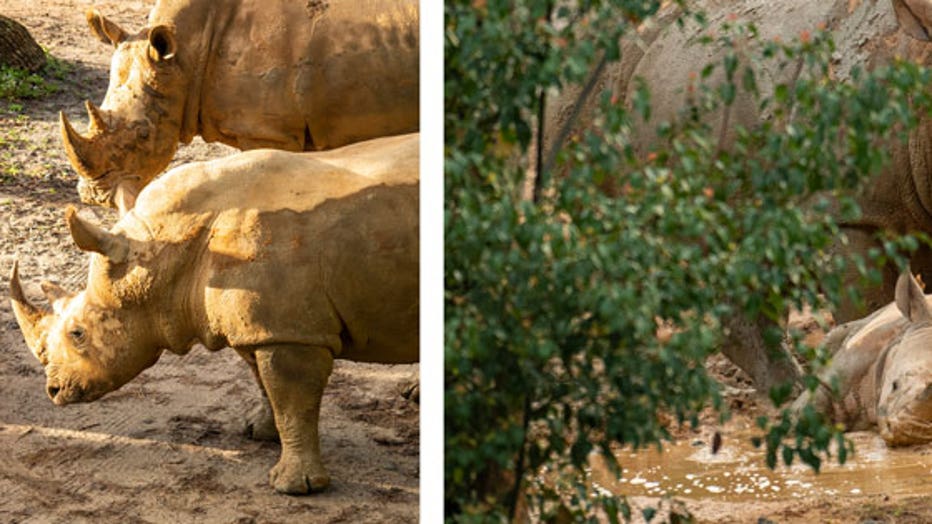 In addition, Disney said that Ranger's morning was filled with lots of energy followed by nursing and napping. He now weighs nearly 600 pounds and has a "big, bold personality."

In January, Disney announced the name of the rhino calf, citing that the keeper team wanted the baby rhino to have a name with special significance.

"They wanted his name to honor the wildlife rangers who protect rhinos around the world," they said. 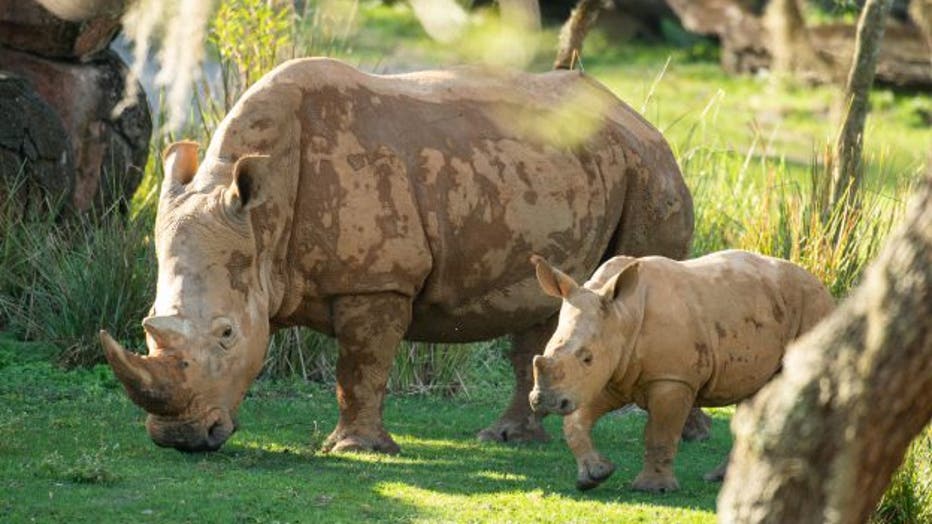 Rhinos are reportedly the world’s second-largest land animal and among the most endangered animals in the wild due to poaching. The Disney Conservation Fund has given more than 75 grants and awards to rhino protection projects.