The zoo said that the release took place on Tuesday morning in Satellite Beach.

SATELLITE BEACH, Fla. - Sea turtle Brother is back in the ocean after spending some time at a rehabilitation facility.

The Brevard Zoo said that a juvenile green sea turtle, now named ‘Brother,’ was brought to their Sea Turtle Healing Center in May.

They said that the turtle was found stranded in Satellite Beach by University of Central Florida (UCF) researchers.

He was reportedly treated with fluids, antibiotics, nutritional support, and rest.

Brother was said to be released on Tuesday morning in Satellite Beach by the Brevard Zoo. 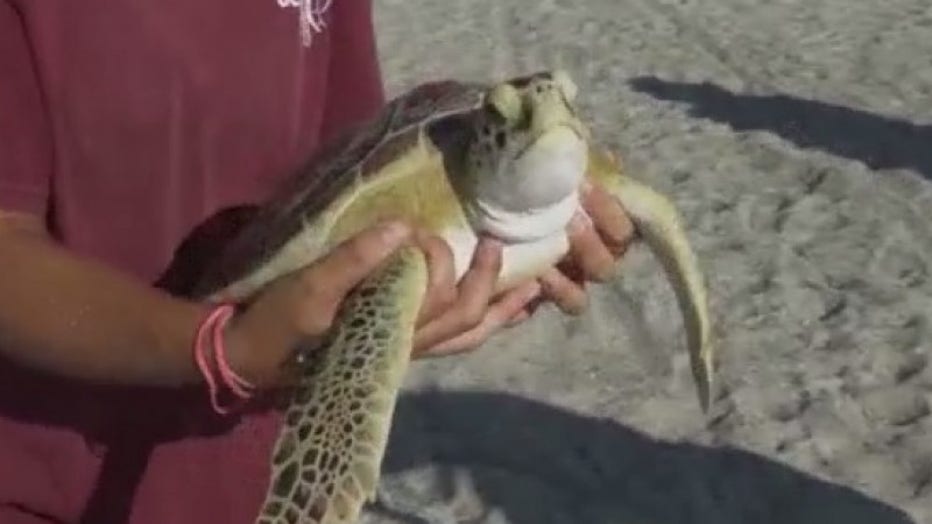 Green sea turtles are endangered due to entanglement in fishing equipment, shrinking beaches, human hunting, pollution, and climate change, the Brevard Zoo said. Those who find distressed sea turtles in Brevard County are encouraged to contact the Sea Turtle Preservation Society at 321-206-0646 or Florida Fish and Wildlife Conservation Commission at 1-888-404-FWCC.