The Great American Race marks the season-opener of the NASCAR Cup Series and can be watched on FOX 35.

This flyover is the 11th consecutive year, and 12th total, that "America’s Ambassadors in Blue" – officially known as the U.S. Air Force Air Demonstration Squadron – will showcase their precise choreography at the end of the National Anthem. 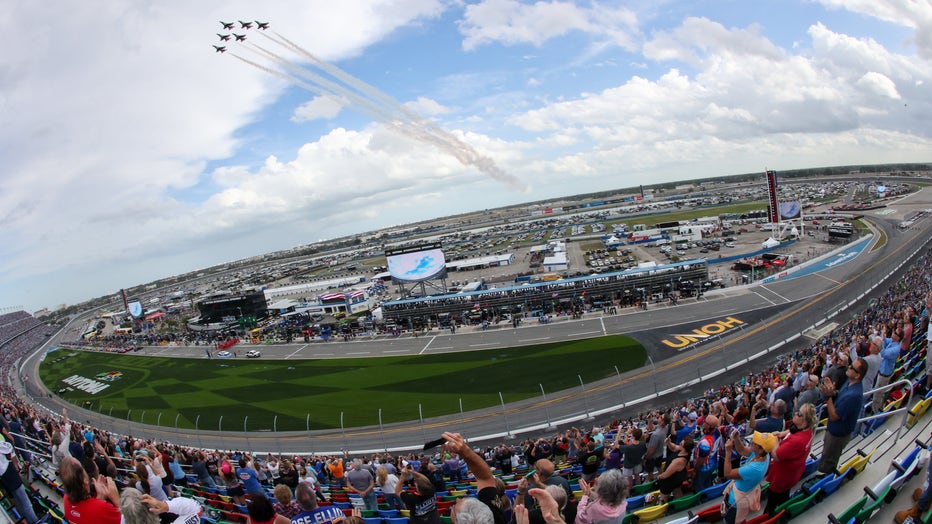 The U.S. Air Force Thunderbirds perform a flyover prior to the Daytona 500 on February 14, 2021 at Daytona International Speedway in Daytona Beach. Fl. (Photo by David Rosenblum/Icon Sportswire via Getty Images)

FOX 35's David Martin spoke to one of the Daytona 500 pilots earlier in the day.

FOX 35's David Martin speaks with one of the Thunderbirds about the upcoming flyover.

Tune in to FOX 35 Orlando for the latest on the Great American Race.