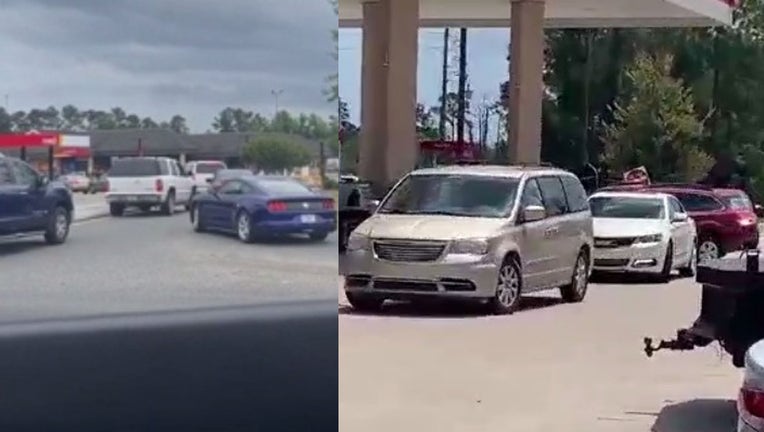 ORLANDO, Fla. - Massive lines at gas stations across Central Florida are being reported after a cyberattack on a major U.S. pipeline.

More than 1,000 gas stations in the Southeast reported running out of fuel, primarily because of what analysts say is unwarranted panic-buying among drivers, as the shutdown of a major pipeline by a gang of hackers entered its fifth day Tuesday.

The Colonial Pipeline, the biggest fuel pipeline in the U.S., delivering about 45 percent of what is consumed on the East Coast, was hit on Friday with a cyberattack by hackers who lock up computer systems and demand a ransom to release them.

A large part of the pipeline resumed operations manually late Monday, and Colonial anticipates restarting most of its operations by the end of the week, U.S. Energy Secretary Jennifer Granholm said.

Governor Ron DeSantis declared a State of Emergency in Florida on Tuesday night. This activates the National Guard, emergency management, and gives all local governments the people and resources they need to get fuel into the state.

"This pipeline actually doesn’t touch Florida but it does feed into many of our gas stations so we’ve declared a State of Emergency. We’re lifting restrictions to be able to get more fuel into pumps," he said on FOX's Hannity.

As of Wednesday morning, GasBuddy reported that 3.4 percent of all Florida gas stations are out of gas.

RELATED: More than 1,000 gas stations run out of fuel

Massive lines are building nonetheless across the state as people fill up their tanks.

AAA explained that this could be because "it’s likely that motorists are seeing reports about supply issues in other states - due to the pipeline - and are racing out to top off their tanks… The problem is, that surge in demand is what actually creates the supply issue, since gas stations can only hold so much fuel."

They told her that they ran out of gas on Tuesday at 8 p.m. and do not know when they are getting another shipment. He said part of the problem is that there is a shortage of truck drivers.

FOX 35 visited a Race Trac on S.R. 44 in New Smyrna Beach, where long lines were spotted.

Florida resident Enrique Barrera told Storyful, a news service FOX 35 works with, that he was driving around for an hour on Tuesday before he was able to find gas. Once he did, he had to wait in a 30-minute line.

The video is from Enrique Barrera via Storyful. He said that he was driving around for an hour on Tuesday before he was able to find gas.