The theme park company just announced that they are extending their Mardi Gras festivities through Sunday, May 2nd. It was already extended once before from its original end date of March 28th.

During the celebration, guests can check out spectacular floats stationed throughout the park and take part in this Big Easy bash in the streets featuring energetic dancers, stilt performers, countless beads, and a newly-themed Mardi Gras Tribute Store. 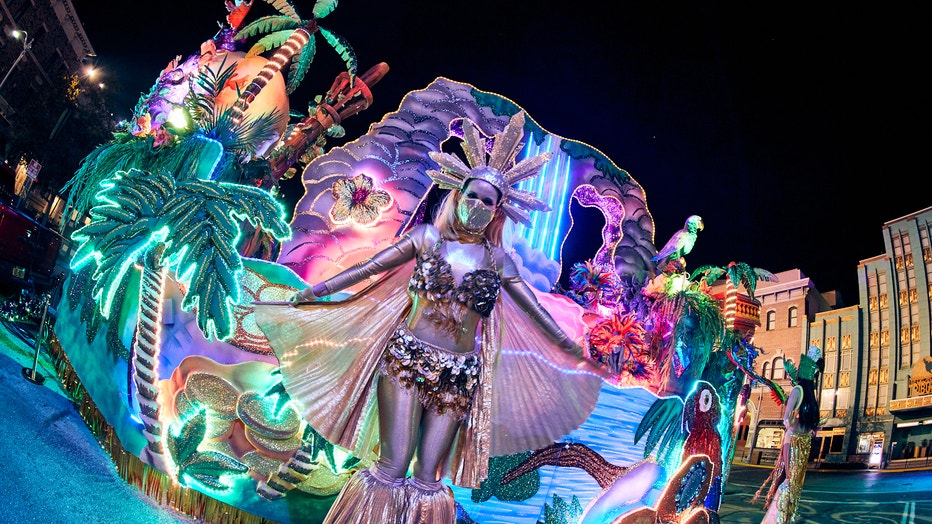 They can also indulge in more than 70 dishes and 13 beverages from around the globe. This includes cajun dishes like crawfish boil and jambalaya, carnival dishes like pernil and mofongo, European dishes like pork schnitzel sliders and paella, and so much more.

Mardi Gras is included in your park admission.

Universal Orlando employees and guests over the age of three are required to wear face coverings everywhere they go to protect themselves from the novel coronavirus. Coverings can be removed only when a person is "actively eating or drinking" while they are "stationary and maintain appropriate social distancing," according to Universal’s news release.

Other health and safety protocols the hospitality giant put in place are focused on screening, spacing, sanitization, and limiting capacity inside its parks, restaurants, and venues.